What I Wore: Pleated Rose 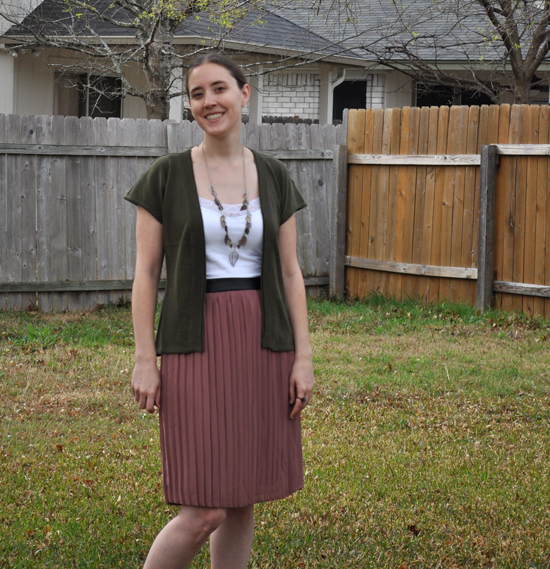 This is what I’m wearing today (yeah, outfit photos happened before noon – crazy. And possible why my eyes are closed above). I’ve had this skirt in my closet for a little while, and finally decided to put together an outfit around it. The end result is very far from what I started out with as the picture in my head, but I like it. I had originally planned on an outfit with boots, but this skirt is just a bit too long to look right with tall boots, I think. There were also some tights, which got discarded, along with various other shirts and layers. Even this cardi had a waist tie I took off because it looked odd with the skirt’s waistband. Safe to say the only thing that is the same as the original outfit I had in my head is the skirt itself. That’s how it happens sometimes, lots of trial and error. 🙂

But it turned out comfy and cute, and is what I’ll be wearing for date night tonight. It’s my turn to pick, and I haven’t really decided yet. I might pick Red Lobster, just for the cheesy biscuits. Also, some good news on the homefront: Ian was able to move his late-shift week to the week *after* Valentine’s Day, which means this girl won’t be sitting home alone watching sappy movies by herself that night! Woohoo! 😀

Now sure what else is on the docket today. It’s gloomy and a bit drizzly out, and it’s been a pretty slow work week. So probably laundry, shop stuff, and other indoorsy activities.

How about you? How’s your week going? Any plans big romantic plans next week? 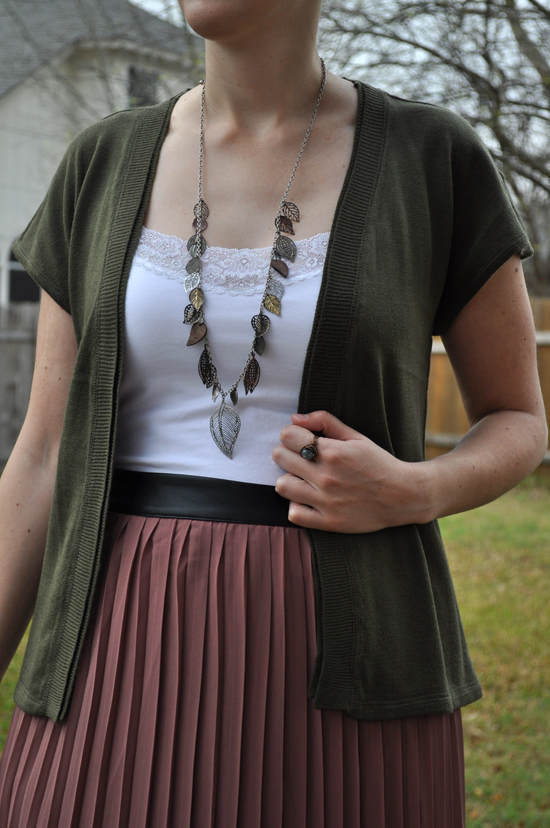 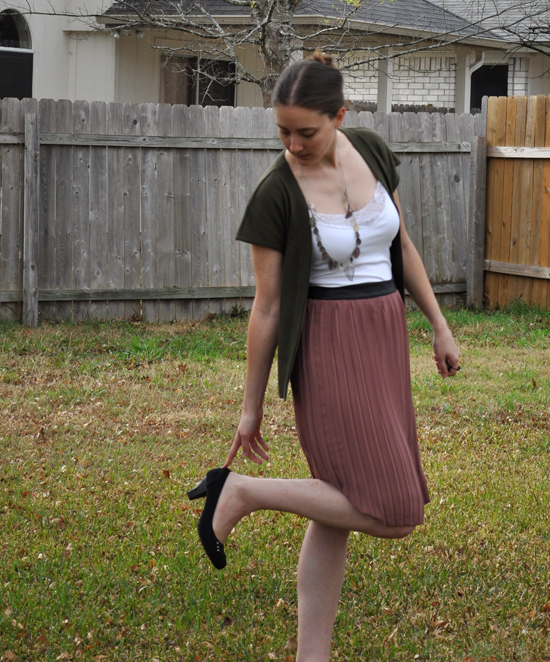 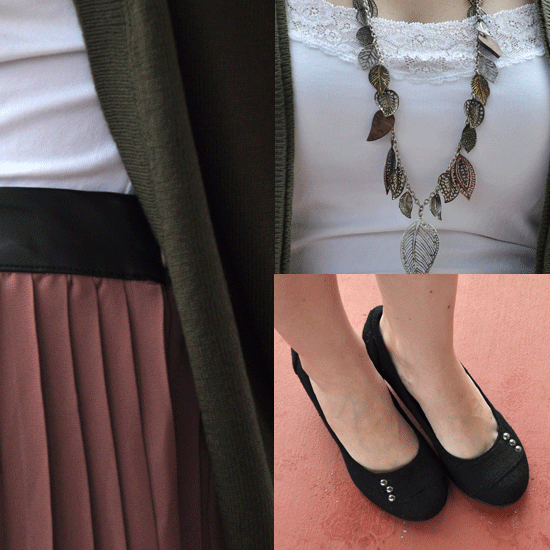 Skirt: from Target (and currently on sale, you lucky ducks)
Tank: from Express (same in different color)
Cardigan: from Tulle, nabbed during Black Friday sale. No longer available.
Shoes: the Micaiah Pump by Unionbay.
Necklace: from inPink (same, similar)
Ring: from Another World Design