A Darker Shade of Magic is the tale of many Londons. In each of several parallel universes, there exists a version of the city of London. Travel and commerce and magic used to flow between them unhindered. Now Gray London is magicless, White London is gripped by cruelty and power struggles, and only Red London remains a haven of life and magic. No one speaks about the downfall of Black London, and travel between the realms has been cut-off, except for a very select few who have the power to travel between.

Kell, from Red London, is one of only two of his kind of magician who can make the crossing. Officially, he carries correspondence between the monarchs of the neighboring Londons. Unofficially, he smuggles artifacts between the worlds. As one might expect, eventually he carries something he shouldn’t, and finds himself neck-deep in a plot full of treachery and magic that was supposed to have been lost with the fall of Black London. Chance leads him to cross paths with Delilah Bard, a pickpocket from Gray London dreaming of larger adventures- like magic. They form a tenuous alliance, working to stay alive and unravel the plot before the remaining Londons fall the way of Black.

This was a fun read! The world setup was unique, and the distinct atmosphere of each London really seeps through in the writing. Kell and Delilah are engaging characters, if not the most complex. And for once the book doesn’t get bogged down in predictable romance. The plot was a tad obvious in places, and certain things hinted at for subsequent books were also a bit heavy-handed. But overall I found the world and happenings interesting, and enjoyed the read. I will probably pick up the next book, just because this was refreshingly different from your normal fantasy read. And I’m curious to see if I’m right about how certain plot elements will develop. 😉

Book Review: The Steady Running of the Hour 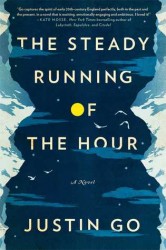 The Steady Running of the Hour by Justin Go. This is a book I added to my TBR pile because of Casee Marie’s fabulous Notable New Releases series (probably the biggest contributor to my ever-expanding TBR pile, by the by). It’s the story of Tristan, a modern-day 20-seomthing who learns he may be heir to a huge inheritance – if he can prove that he is in fact the descendent of the trustee. The problem being that the original trustee went missing back in the 1920’s and was never heard from again. So begins his quest through the archives and […] 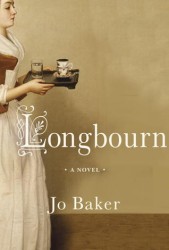 Longbourn by Jo Baker. If Pride & Prejudice was turned into Upstairs/Downstairs or Downton Abbey, this would be the Downstairs portion. It’s the story of the servants that we just get mere glimpses of in Austen’s original, given their own histories and lives and secrets. In particular, it’s the story of Sarah, the primary housemaid at Longbourn who we hear the Bennets call after in P&P. She is increasingly dissatisfied with her life of drudgery, stubbornly hoping there must be something more for her. And then of course, the household hires on a new footman, a hardworking but mysterious young […] 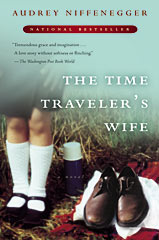