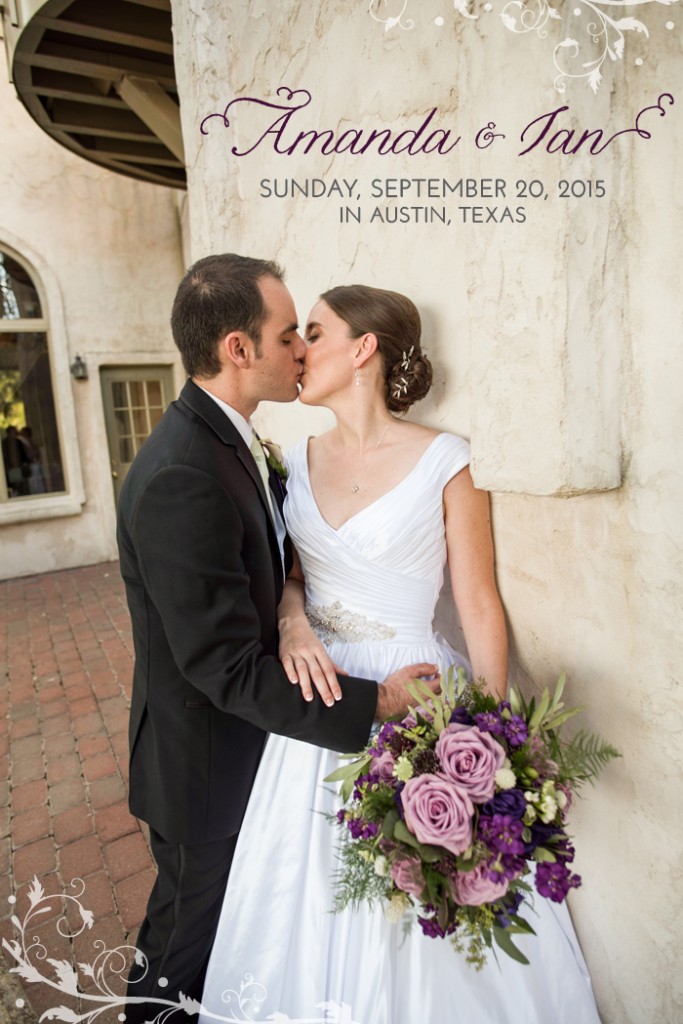 Not quite 2 months ago, Ian and I finally tied the knot! 😄 We were married at Villa Antonia here in northwest Austin hill country. After having nervously watched the weather for two weeks, September 20th dawned bright and beautiful. We had gorgeous weather that somehow managed to also not be too hot for the non-Texans attending. Our ceremony was outdoors under an arch, overlooking the rolling hills. Our reception was indoors in a lovely space that included a stage and built-in bar. Both were the perfect size for our relatively small wedding of 65 people.

Ian and I were both super nervous right before the ceremony, as we had written our own vows and were going to attempt to say them from memory. We both had notecards in our pockets in case of emergency, and the officiant had a copy, too, but they ended up not being needed. And once the ceremony was over, we were able to relax and just have fun. Our lovely flower girl, Sienna, was quite well behaved the whole time, too! Aside from eating a few rose petals down the aisle.

The reception was the usual stuff: food, drinks, cake cutting, toasts. We had an open bar, and the menu included two wines that Ian and I had home-brewed. Background music was two acoustic guitarists, who did an amazing job. We didn’t have any dancing, since neither of us really like dancing and we knew if we had it we’d have to. So instead we had a newlywed trivia game, where we sat back to back and had to answers questions like “Who has the crazier family?” without being able to see what the other answered. Guests could submit questions beforehand when they RSVP’d and at the guest book table, and it ended up being pretty entertaining. We also did a bouquet toss and garter toss, and both Ian and I had to throw twice as his didn’t make it the group and mine hit the ceiling the first time.

And now, without further ado: the pictures! I know there are a lot, but this is seriously as much as I could narrow down. You should see the Facebook album.

Our wedding colors were aubergine purple, light sage green, and silver. I designed all of the paper goods myself, from the invites to the table numbers to the signage. And had a blast doing that, if I’m honest – my inner paper aficionado got to geek out a lot.

You know I had to sneak dragons in there somehow. Fun fact: the big wooden doors we were announced through for the reception? The handles are also dragons, which I didn’t realize until about 10 seconds before we were announced, when Ian pointed it out. 😀

Overall, it was a beautiful day and went mostly smoothly. Our venue had a day-of coordinator that handled all of the vendors and little details, which made things SO MUCH LESS STRESSFUL. Seriously, she was awesome. Shout out to Ms. Chris! We are both so happy with how the day went, and thinking back on it makes me smile. Which is what you want for your wedding day!

The Canyon & the Ring 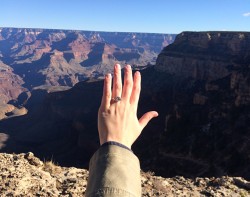 This Christmas, we went to visit the boy’s family in Arizona, and got to do a little side trip to see the Grand Canyon at the same time. It was my first time seeing it, and the experience did not disappoint! It was just Ian and me for the side trip. The canyon is about a 4 hour drive from where his parents live. The first afternoon we got there was around 50 degrees, nice and sunny but super windy. We walked around and took in the views before the light died completely. I got to play around with my […] 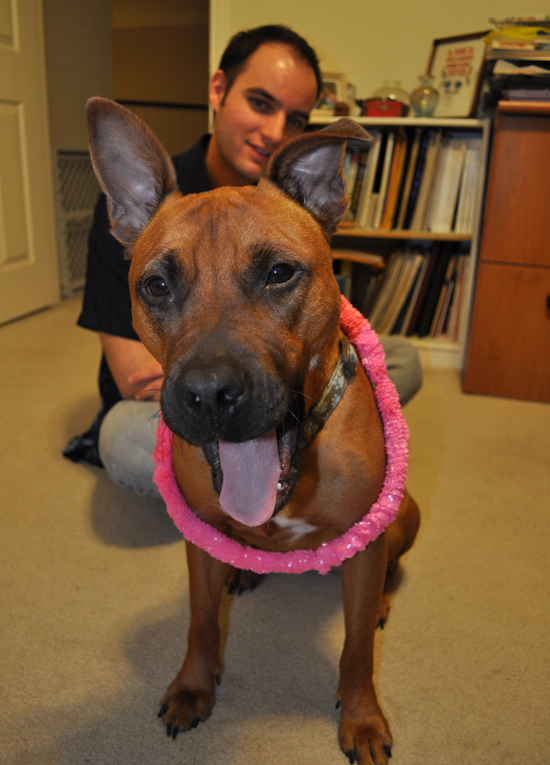 1. This is an approximation of what I ended up wearing to the first of Ian’s work holiday parties last night:   This dress just came in the mail yesterday afternoon, which was perfect. I’d been lusting after it on ModCloth for months and months, and it finally went on sale after Black Friday, so I nabbed it. 😀 I couldn’t find the exact coat, necklace, or purse I have, but these are close enough in look. I also ended up ditching the cardigan, since it wasn’t that cold out or inside the place. It hit the right tone overall, […]